In collaboration with the KELSA and District Legal Service Committee, a Clinical Legal Education and Services Centre for administrating practical and parallel justice education to student lawyers. It provides Legal Services and Legal aid to the eligible people as well as conducts popular legal education and liberal legal literacy programmes along with the mutual participation of the student lawyers and general public. The centre is rendering its support for the conduct of Lok Adalats and Grameena Grievances Redressel Sytems since 2004 onwards.

Lok Adalat, as the name suggests, means, People's Court. "Lok" stands for "People" and "Adalat" is the "Court". The salient feature of Lok Adalat is that it ensures participation, accommodation, fairness, expectation, voluntariness, neighbourliness, transparency, efficiency and lack of animosity besides being suitable to Indian environment and culture. Ever since the advent of Legal Services Authorities Act,  1987, pursuant to Article 39 (A) of the Constitution of India, the Lok Adalats have gained statutory recognition. The Act has constituted legal service authorities to provide free and competent legal services to the weaker sections of the societies so as to ensure that the opportunities for securing justice are not denied to any citizen by reason of economic or other disabilities. It also provides for organizing Lok Adalats in order to ensure that the operation of the legal system promotes justice on a basis of equal opportunity. The scheme also helps the overburdened Court to alleviate the arrears of cases. Thus the ultimate objective of the institution of Lok Adalat is to guarantee speedy and effectivejustice to the millions of improvised citizens. The laws schools can play an important role in facilitating this objective. Traditionally law schools taught the theory of the law whilethejob training of legal professionals was left to the Bar in the form of apprenticeships. However, this was found to be insufficient and a need was felt to counter- balance this with practical experience. To meet the new challenges of the present legal system. It is imperative that the law schools provide clinical legal education. The moot courts, seminars, role plays etc helps to gain practical experience most effective mechanism are "legal dispensaries" or legal aid clinics. These clinics can ensure access to justice in a non court- centric manner. Here under privileged persons could come for free consultation and advice. Not only as the students are benefited but also the indignant and the needy.

The Internal Quality Assurance Cell (I.Q.A.C.) of Government Law College, Thiruvananthapuram organised a National Seminar on Transgressing Child Rights on 21 st to 22 nd November, 2019 which paved way an in-depth intellectual discourse on the subject matter with a panel discussion of subject experts and eminent personalities. The numerous paper presentations and the deliberations which followed enabled lawyers, academicians, and students to leave no stone unturned in analysing the theme and led to healthy exchange of ideas and solutions. Students were at the forefront in managing and leading the entire seminar with adequate supervision of the faculty members. 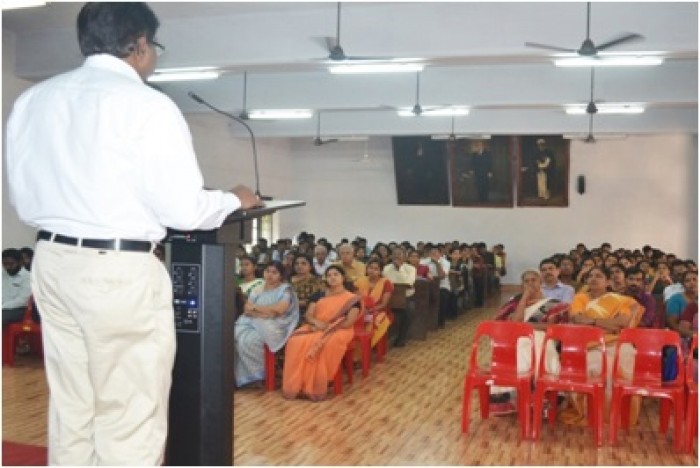 The Arts club of the college consist of different student clubs like the music club, dance club, film club etc which have given impetus to the overall development of the extracurricular activities of the college. The college union conducts annual arts day, sports day, women's day celebration, and seminars on issues of social and cultural importance. Different cultural and traditional days are also celebrated. Some of the events include:

The students and teachers of Government. Law College, Trivandrum together bought the decision of forming a new club  for the students who have interest in movies and movie related things. With the help of our beloved principal Dr. Biju Kumar sir we made a new movie club. Appointing Seleena Ma'am as the head of the club.
On 23rd of october, we conducted the inaugural ceremony of the film club. That pleasent day we named the club from selecting the suggestions from our students.  Moviola Film Club was inaugurated by Sri. Adoor Gopalakrishanan and as part of the inauguration two movies were screened. Nooreh, a short film which speaks to us  about humanity. And it shows the loyalty of a poor small kid towards her country . The next movie Article 15,  is a movie which should not be missed. It tells us about the current lifestyle of the rural areas of our country.It talks about the rights we do have. That day went very well.
On 5th of November, a meeting was conducted in which Seleena Ma'am mentioned that Moviola  Film Club could be developed to Moviola Film Society if we could take some efforts. So that, this society could last long until the college exists. And many mote decisions amd suggestions were taken on that.
On 5th of December, Moviola Film Society conducted an interation section with the social activist Daya Bhai, the interaction was very meaningful. She talked about the dark realities of the people who still lives with the effets of endoselphan. Then we had another interaction with Sherif Eassa, the director of the best kerala state award 2018 winning movie kanthan. And the movie Kanthan was screened on that particular day.
Our club is looking forward for many more programmes a head. Our film society will be  conducting more interactive sections, competions and fests. Thus making this Society a new success. 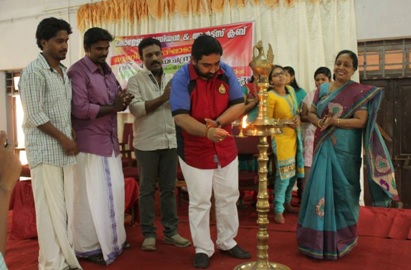